‘Happy are the people with a hobby, for they have two worlds in which to live’

A big Hello from me! I call myself the ‘notgeldman from England’ and also ‘www*notgeld*com’ on eBay. After having taught myself the basics of script and html coding, this is now my fourth iteration with this websiteâ€¦.which is still using a CMS package (Content Management System) but where the layout is better. I have been collecting and researching German notgeld (pronounced ‘note gelt’) for nearly 50 years now. I am still a passionate notgeld collector, hobbyist and researcher all these years later. I still learn something new about them almost daily!

A favourite notgeld piece of mine is this one from Papenburg (also shown on my homepage). It shows ‘Deutscher Michel‘ (personification of the German People) who is wearing his nightcap, being pressured to pay his taxes by the Burgermeister (Mayor)….but he is so poor he can’t even afford his food…….see how skinny he is! The image’s ‘hidden message’ therefore is that ‘we’, the German People are starving, yet we are still expected to pay taxes…….so feel sorry for us all you bureaucrats! Of course, the German economy at this time…..just after the Great War, was in crisis. The town of issue is easy to see as is the face value and what it is …..’notgeld’!!

The scan below, shows a scarce uncut sheet of 6 pieces issued in Bleicherode, dated ‘1.3.1921’ and all unusually, without their serial numbers! This uncut sheet would sell for around 120-150 euros.

I became interested in them when I was a young boy, aged about 8, when I purchased a bag full of notgeld at Greenwich market, near London, where I paid 3p each for them!!! I collect all types of German notgeld, except for inflationary issues and coin issues. My favourite types are the Bielefeld 100m stoffgeld pieces with different edges and borders. I have written a notgeld reference covering these pieces with a new catalogue numbering system and colour scans depicting the different types. ‘MATERIAL GEMS‘ (We now have catalogued over 225 different pieces). Please email me if you are interested or want to find out more. I have also written ‘GERMAN GEMS‘ which can be seen as the encyclopedia of German notgeld….a must for any true notgeld collector……full of fascinating information and professional translations of a few of the fantastic German verses. If you are wanting to find out more about some very rare serienscheine, then look no further than my book ‘ELUSIVE GEMS‘. It depicts over 100, very rare pieces indeed – often not shown in any other catalogue.

I spend most of my ‘collecting time’ now on research and locating specific notes that I then write articles on and upload on this site for all my GNCC members. Most of these articles are hidden to visitors, so it is well worth joining my GNCC if you have a real interest in learning more about them! In the last few years, I have also written a few additional notgeld books which you can find on the homepage title pictures under ‘My Books‘. There is sure to be something that will interest you and help you with your notgeld. Lots and lots of info as well as full colour pictures, as mentioned before, some not seen anywhere else.

Before I started to sell off my private notgeld collection, I had amassed over 20,000 different German notgeld pieces, with all my pieces having a face-value of between 1pf and 1000marks – (I didn’t really collect inflationary issues as they didn’t really interest me that much and there was also no way I was going to be able to collect them all!) At that time, I believed it to be the largest ‘private’ German notgeld collection in the UK and it included the largest stoffgeld collection in the UK too (notgeld made of material). To compare, the British Museum at the same time had a collection which was around the same number of pieces, but slightly less, but which covered all face values, including the mass of hyper-inflationary issues…….the main reason I limited myself to collecting the ‘original 1000m face value’!! Of course, it is harder to put together a collection of specific notgeld categories than a collection that can contain any type.

One of the scarcest pieces I had was the 1.5Gm (goldmark) leather note issued in Poessneck (in the former East Germany), known as ‘toe and heel’. They were issued during the high inflation as wertbestaendiges notgeld. The value of the note lay in the value of the leather which could really be used as toe or heel for repairing shoes! That has now become part of another passionate collector’s collection!

Another 3 very scarce pieces I had in my collection were Bielefeld 100m stoffgeld pieces (money made from a material…..linen, silk, velvet etc.) which each had a catalogue value listed as ‘LP’ – (Liebhaberpreis), around the 1000 euro each or higher price bracket. These material  types were my real collecting passion.

Through my years of collecting notgeld, I was also drawn (and still am) towards pieces that I think fit into an area I call….. ‘different, interesting or odd‘! , as with the note below:

It is a 20,000m German State ‘Reichsbanknote’ issue, originally dated ’20 Februar 1923′, which has been re-used and revalued to 50 goldpfennigs (or that amount or worth of electricity) by the electricity works of Burghausen and which then dates as ‘5 November 1923’. In notgeld terms, it is a great example of a ‘wertbestaendige’ issue – a note of fixed value.  In this case, a fixed value and for a commodity…..and very uncommon indeed, issued on an original Reichsbanknote.

NEVER EVER worry about people telling you that notgeld was ‘not real money’. Those people are totally wrong!!!

I hope this page assists other notgeld collectors and also attracts others to start collecting them. Please email me with any comments or questions regarding the topic. I am a private collector and not a banknote dealer, although I always have serienscheine/verkehrsausgaben/inflationary/POW etc.etc. notes to swap or trade and currently ask for an average of 1 euro per note, equivalent to about 75p sterling, for any ‘common odds’. (The going price from dealer shops here in England is….10-12 pieces for 10 pounds sterling). Complete sets can be slightly more, average of say 4 euros for a set of 3 pieces. (1 euro more as you are buying a complete set, which is usually what the collectors want and is OK for the odd specific set if you really want it). German notgeld prices have risen gradually over the years and auction prices are very strong. The scarcer pieces can quite often obtain prices higher than their catalogue value. Use the catalogue values as a rough guide only. Serienscheine are quite often some of the highest valued notgeld on the market.

Some of the scans on this website will show the reverse side of the note(s) if you move your mouse over the image. (Please bear with me as this is quite time consuming to get all the images to do this.) 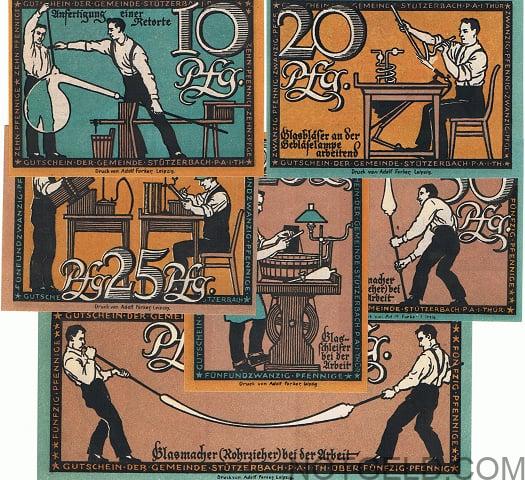 Above is a set of 6 serienscheine notgeld, issued in Stutzerbach, a glass producing town.

I live in England, in the county of Cheshire. Why not start collecting German NOTGELD?? These notes are beautifully detailed, very colourful and fairly readily available, although they do seem far harder to come by nowadays. (Some were issued over 100 years ago!) Scarcer sets quite often reach prices far higher than their catalogue prices. Why not start trying to build up your German notgeld collection? Email me with any queries you may have on the topic and I will endeavour to answer them all.

If you are a ‘new’ collector, why not join my GNCC (German Notgeld Collector’s Club)? I am slowly adding more and more notgeld articles and translations to the website, only available to my GNCC members. I would love to get as many different countries represented, to show that the passion for collecting these historical items is truly worldwide. Currently, we have more than 20 countries now represented by GNCC members!!!

All my GNCC members can email me and use my expert knowledge to assist them with their collecting and collections. If I knew all I do now about notgeld, when I was a young boy, I would not have been so quick to sell off all my ‘doubles’…..or what I thought were duplicates – they probably weren’t!! Quickly looking at the below scans – they look the same – but 1st scan of 4 notes have different signatures! (‘Hoeck’ or ‘Dr. Zaepernick’)….and the 2nd scan……look at the ‘pfennig’ spelling! Subtle differences a notgeld collector will soon become aware of……and then a scarcer variant piece also shown. 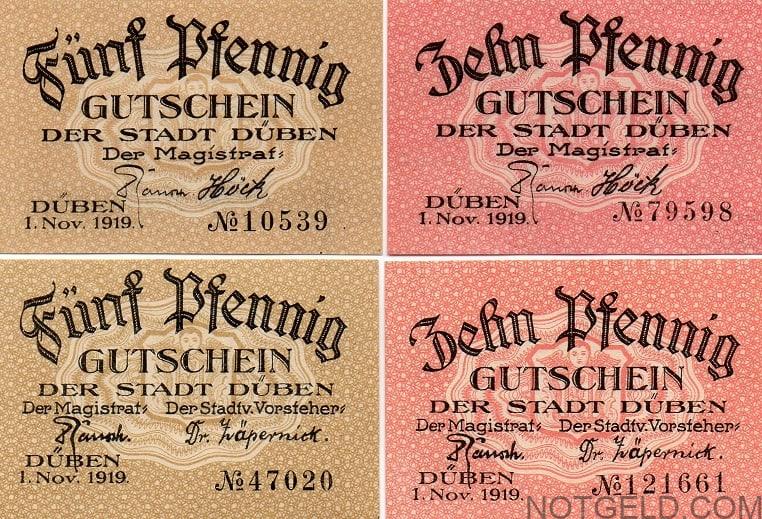 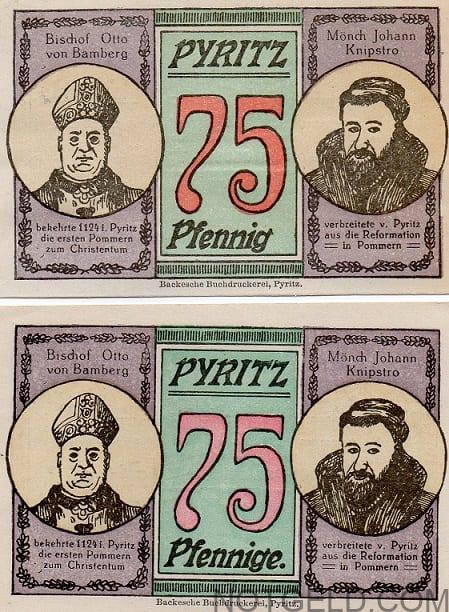 An original old notgeld pamplet including price list, dating from 1921. 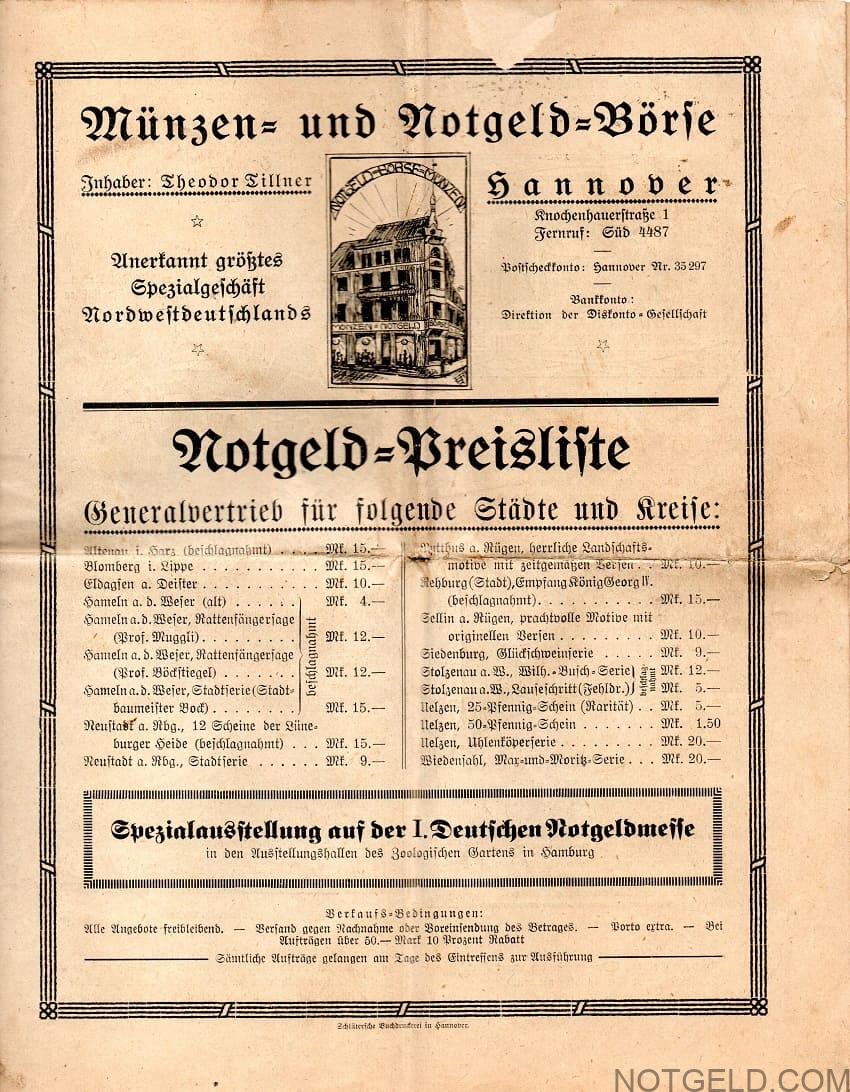 The ‘serienscheine’ notgeld from Kahla (1 note from a set of 12 ‘statistical’ pieces) shows exponential increase in banknotes put into circulation by the national banks of six countries from 1913-1920, for comparison.  The most restrained is the national bank of Spain; Germany is by a large measure the greatest issuer even more so towards the end of the period. The hyper-inflation hadn’t hit the country yet, but the signals were there already!

I am a keen cyclist, although it does seem to get more difficult the older I get! (It doesn’t get easier…..it just gets faster!!) I cycle around 100 – 120 miles a week. Other interests I have are home D.I.Y. , home computing (including coding and designing this website), judo (I am a 1st Dan – black belt) – picture below was taken when I was a blue belt and just after I had won silver at the Cheshire Championships), training my dog ‘Alfie’….and also travelling. (We lost Samson, our white German shepherd dog and Roxy, our Rottweiler bitch, to old age. Both can be seen pictured below, when they were younger). What a handsome boy and beautiful girl they were!! Chase the Ace had to be rehomed ….away from cats!

I used to work in I.T. (Information Technology) where I led a small but very specialised team of Operation Analysts, for a leading worldwide financial institution. I have now, taken early retirement, as the old job I was accountable for…..owning all issues relating to highly critical payment systems…is not an easy one! Life-balance is most important, especially with a family. I love the freedom my retirement has given me. You only live once and there should be no regrets!!

I have met in person, Colin & Simon Narbeth (Colin was the person who really started to show me what notgeld were all about all those years ago) , Shaun Aspinall, Kai Lindman, Reinhard Tieste, Anton Geiger & Beate Rauch…all of whom are very, very knowledgeable on the subject of notgeld.

Below are pictures of Roxy, Samson (white GSD) and Rio (pictured with Roxy, both Rottweilers), all 3 of who unfortunately have passed away now, but who were so very much loved. Roxy was nearly 14 when she passed away – she had a wonderful life with us. All our dogs have had wonderful lives of course, since we rescued them all. We have now had to rehome our lovely boy Chase ‘the Ace’, a Staffordshire bull-terrier-x (with American bulldog). A wonderful boy, full of life and vigour….but who couldn’t live with cats!

The picture of me in my judo ‘gi’ was taken just after I had won silver medal at the Cheshire Championships, when I fought for the Warrington Warjukwai team (judo warrior).

For the last picture…you’ve guessed it…I was in a Mexican restaurant on holiday!! 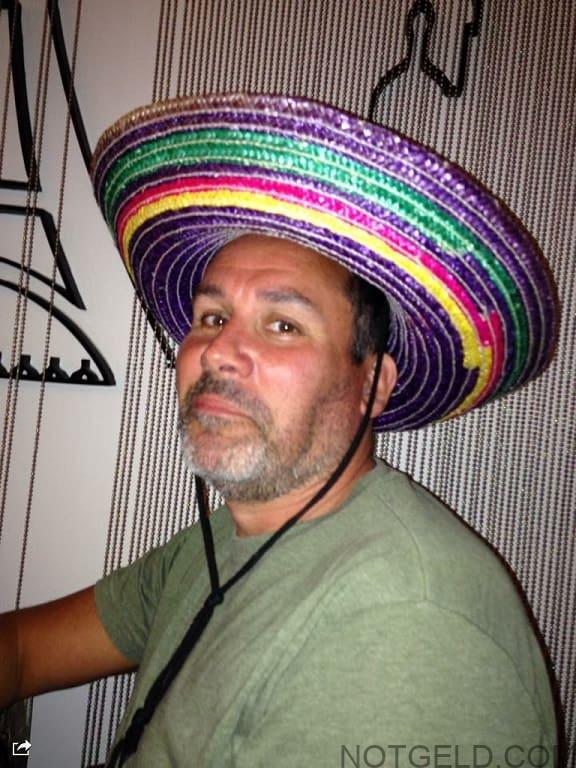 Here is our latest rescue, ‘Alfie’ : at least part Romanian Laika (we believe), sitting comfortably on his first day with us. We hope we have him for a very long time and that he has a wonderful life with us:

This is Alfie now…..it unfortunately doesn’t show his very fluffy and furry and ‘curled-up’ tail, but does show how handsome he is!