The notgeld issues of 1914 do tend to be more drab and plainer looking than the very colourful notgeld which were issued after the end of WWI. In 1914, there was a real ‘necessity’ for small change money. The later issues really boomed because they met a need in the collecting market!

The 2 scans (fronts and backs), above , are ‘Gutsverwaltung’ notes and were issued in Lopischewo b. Ritschenwalde (Posen) – Polish – Lopiszewo) and have no written date, although the date is known to be 8th August 1914.

The pieces have a catalogue value of 200 euros each, except the 1m piece which catalogues at 150 euros. (please note though – a similar 50pf piece to the one above, sold in early 2010 for over 200 euros, because of the scarcity and demand from the notgeld collectors! Quite often these scarcer or rare unusual notgeld pieces will sell for much higher than their catalogue values)

Here is a picture of some other pieces from Lopischewo I have found: 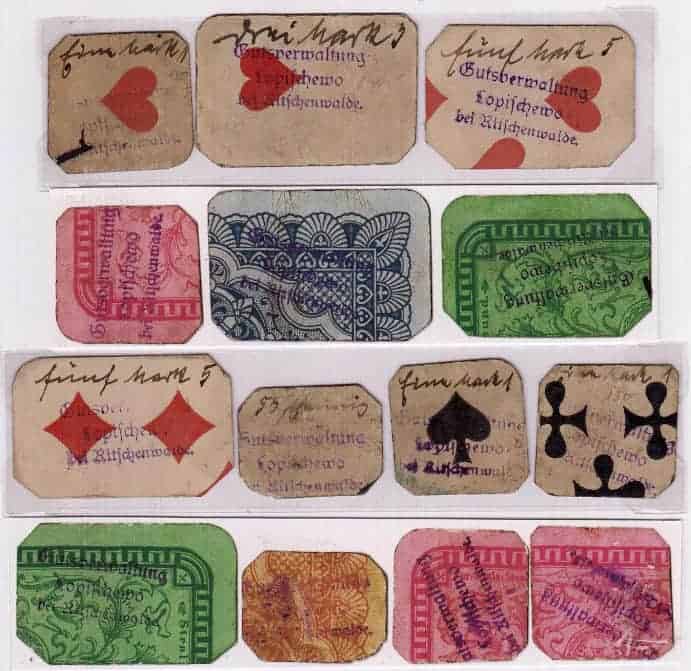